One of the first posts I wrote when I started blogging last year was about Persephone Books. Along with Virago, Persephone has been the greatest discovery I’ve made as a reader. I’d read Nicola Beauman’s book, A Very Great Profession (originally published by Virago but now Persephone No 78) & it inspired me to search out some of the books she wrote about. Many of them were published by Virago but there were other authors I’d never heard of & their books were impossible to find in libraries or secondhand here in Australia. 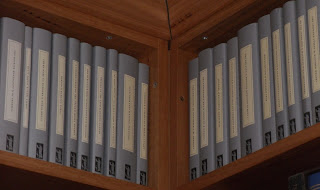 Then, in late 1999, I was looking for the Virago website one day & came across the Persephone Books website. I was immediately interested in the titles & subjects. I’d always been interested in WWI & WWII fiction & non fiction so Mollie Panter-Downes’s short stories, Good Evening, Mrs Craven, Cicely Hamilton’s William – an Englishman & Nicholas Mosley’s Julian Grenfell became my first Persephone order. 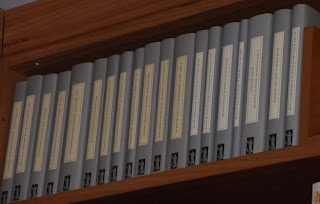 I took advantage of the cheaper price for 3 books & two months after my first three books arrived & were devoured, I ordered three more & then three more. 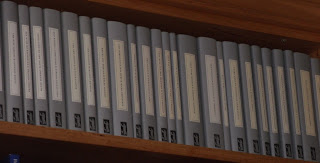 Then, I set up a standing order & the result is a complete set of Persephones as you can see! 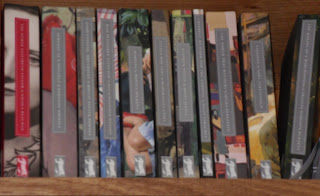 Then, the Persephone Classics were launched & I had to have those as well. I told myself they could be lending copies as I rarely lend Persephones to anyone but I was kidding myself really. They are such beautiful books & I wanted them. 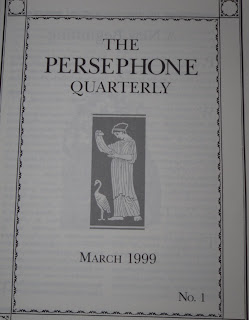 I also have a complete set of Persephone Quarterlys (now the Biannual) & I often go back & look through the early editions that set out the Persephone philosophy & admire the woodcuts that were such a ffeature of those early PQs. 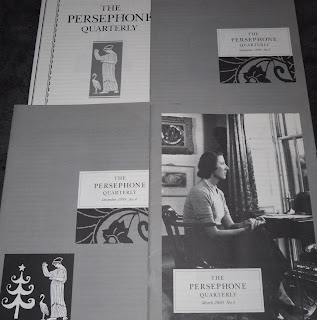 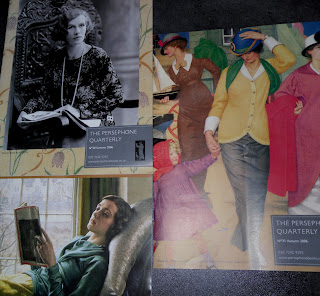 These are some of my favourite covers, from the earliest elegant grey covers to the colour editions with pictures that have been used on Persephone Classics or Virago Modern Classics. 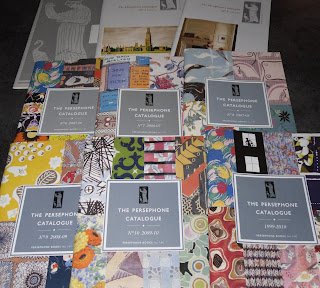 Thank you to Verity & Claire for hosting Persephone Reading Weekend. It’s been a chance to look back over the years I’ve spent reading Persephones, flicking back through old PQs & Catalogues, admiring the gorgeous endpapers & elegant design of a collection of books that I love.

24 thoughts on “A Persephone Collection”