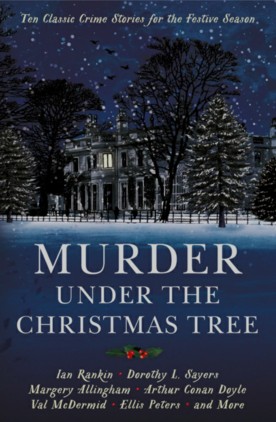 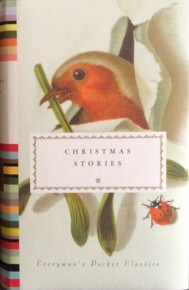 Camilla Lacely & her husband Arthur, an Anglican vicar live in Stampfield, near Manchester, a manufacturing town with an inconveniently large vicarage & a Victorian Gothic church. Bewildering Cares is the diary of a week in Camilla’s life in the first months of WWII & encapsulates the drudgery, troubles & sometimes unconscious humour of her role as a clergy wife.

The war is already impinging on Camilla’s life as her son, Dick, is training with his regiment & seems to be taking a romantic interest in Ida Weekes, daughter of her husband’s Church Warden. Mrs Weekes is one of those irritating women who loftily tells Camilla that her life would run more smoothly if only she had more Method. Dick’s happy-go-lucky, irreverent outlook on life often pops into Camilla’s mind at the most inopportune moments. The major drama of the week is caused by Arthur’s curate, Mr Strang, who gives a pacifist sermon (which Camilla unfortunately sleeps through), outraging the entire parish. Mr Strang is a highly-principled but, unfortunately, not very sympathetic man who rubs everyone up the wrong way. Arthur is put in the impossible position of having to support a colleague while also being expected to denounce him from the pulpit. Only a life-threatening illness seems likely to resolve the situation.

Camilla has domestic as well as parish problems. Her maid, Kate, is an uninspired cook who takes advantage of her boyfriend’s imminent departure to France to pop out & see him as often as she can get away with as well as inviting him in to share the Lacely’s frugal meals. Camilla knows she’s lucky to have domestic help at all & accommodates Kate in the hope of keeping her. She knows that she would be unable to carry out all the unpaid parish work she’s just expected to do without domestic help & there’s certainly enough of that, mostly endless committee meetings with the same group of elderly women now that all the younger people have joined the war effort. Camilla, as the vicar’s wife, is often called on to adjudicate in disputes among the members of rival sewing parties,

An earth-shaking schism seemed imminent, and was only prevented by the decision to adopt my casual suggestion of holding two parties weekly, Comforts for Converts on Monday, and Warmth for Warriors on Thursday. There are not really enough members to make this worth while, especially as since our unhappy division no Monday worker will knit on Thursday, and no Thursday knitter will button-hole pyjamas on Monday.

Shopping for a hat is difficult when Camilla feels she should not be seen to be extravagant but knows her old hat is about to fall to pieces. Then, amongst all the trivialities, the constant phone calls & visitors dropping in for help, Camilla feels really useful, as when she’s able to help Mrs Strang in her husband’s illness or comforts an old friend on her deathbed. However, the underlying humour & exasperation is never far away. Maybe the greatest trial of Camilla’s week is the Quiet Day, a retreat for clergy wives led by a celibate priest who no doubt finds it easy to empty his mind of trivialities & concentrate on God.

Again I pulled myself up and tried to meditate, but by this time the text on which we were to concentrate had wholly eluded me, and by fumbling in a prayer-book I only hit on the Psalm which, as a clerical correspondent to The Times so wittily pointed out, would just coincide with meat-rationing: “They run hither and thither for meat and are not satisfied.” No other woman present, I am quite sure, could have sunk to such a low level of inward debate between the respective merits of point steak and neck of mutton for a household of three, when we all rose and trooped back to the drawing-room.

I loved the humour of Camilla’s efforts to keep everyone as happy as possible, especially as she fails as often as she succeeds. One of her easier tasks is making sure Arthur eats enough as he worries about the “luxury” of their frugal meals.Only by keeping him talking about some knotty parish problem or by reading at meals will Arthur become so absorbed that he forgets his scruples.

Arthur came in looking so exhausted that I went to the book-shelf and took out Mr Mulliner Speaks. I propped this against the water-jug for him, and Wild Strawberries by Angela Thirkell, which I have read thirty times already and will probably read thirty more, against the loaf for myself. There is nothing so good for worried people as to read at their meals, and funny books if possible; for laughter grows so rusty in war time.

Any writer who references Wodehouse & Thirkell as well as E M Delafield, Winifred Holtby & Dorothy Whipple, is going to be sympathetic to a lover of the middlebrow & is obviously why Winifred Peck is such a perfect choice for the new Furrowed Middlebrow imprint from Dean Street Press. Camilla is a kind woman, as sympathetic to the thought of a budding romance in the parish as she is alarmed by the very real prospect of Dick being posted overseas. Her irritation over the constant interruptions, Kate’s fecklessness & the petty squabbles of the various parish factions never overwhelm her knowledge that the work she & Arthur are doing is valuable. Above all, she & Arthur maintain their sense of humour through it all which makes Bewildering Cares a delight to read. Winifred Peck grew up in a clerical household & knew the life intimately. She brings all her knowledge & understanding to this charming story of the early days of WWII.