The most exciting news I’ve heard for ages is that Scott from the blog Furrowed Middlebrow is partnering with Dean Street Press to launch his very own imprint, Furrowed Middlebrow Books. Here’s the revelation of the colophon for the new imprint & here’s the announcement of the first of three authors to be reprinted – Rachel Ferguson. Scott will be reprinting three of Ferguson’s novels – A Footman for the Peacock, Evenfield & A Harp in Lowndes Square – & you’ll find more information on all three books plus Scott’s enthusiastic reviews on his blog. Dean Street Press have done such a great job of resurrecting unfairly neglected Golden Age crime writers that I’m sure they will be the perfect partners for Scott’s new venture. I can’t wait to find out who the other two launch authors will be. I have my fingers crossed for more Winifred Peck.

Edited to add : I was right! I can’t wait, especially for the mystery novels.

I love articles written by experts (or obsessives) who look at a book & can only see their special subject in it. This article from the Cricket Country website reviews the British Library Crime Classic reprint of Thirteen Guests by J Jefferson Farjeon entirely in terms of the cricket references.

A couple of weeks ago, ABC Classic FM revealed the Top 100 Voice over the Queen’s Birthday long weekend. Every year they compile a different Top 100, voted on by listeners & this year it was the voice – opera, choral, folk song. I didn’t enjoy it as much as previous years because I don’t enjoy opera so a lot of it didn’t interest me as much as previous years when they’ve featured Baroque & Before, the Concerto or Mozart. However, we’re also coming to the end of a mammoth eight week election campaign & this little bit of promotion for the countdown made me smile. I don’t think you need to know who the politicians are to recognize the species.

I’ve become aware of the very definite ideas that readers have about translation lately. I’m reading The Tale of Genji in Royall Tyler’s translation but I know that there are devoted partisans of other translations. Mirabile Dictu discusses it here. Janet Malcolm has also recently written an article about translations of Tolstoy’s Anna Karenina. The fans of the Constance Garnett or Maude translations are passionate about their choice & I was interested to read more about the dislike of some critics (including Janet Malcolm) for the Pevear & Volokhonsky translations of the Russian classics. All the discussion & discord has made me want to read Anna again. 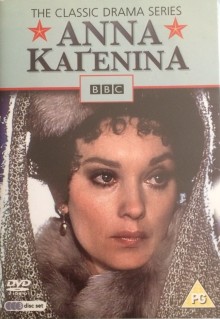 I read it first in my teens, influenced by the BBC TV series with Nicola Pagett, Eric Porter & Stuart Wilson. I’m still very fond of this adaptation (even though a friend to whom I loaned the DVDs laughed at the fake beards). It was the TV tie-in edition & I think it was the Constance Garnett translation. I also heard Tchaikovsky’s Manfred symphony on the radio the other day & that reminded me of the series as well because it was used as the theme music. 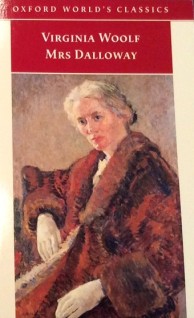 Finally, I really like Elaine Showalter’s idea of celebrating Virginia Woolf’s Mrs Dalloway with Dallowday to compete with James Joyce & Bloomsday. Clarissa Dalloway’s party took place on June 13th 1923 so why shouldn’t it be as celebrated as much as Leopold Bloom’s walk around Dublin? Frankly the food would have to be more appealing than kidneys on toast, Gorgonzola sandwiches & Guinness. We might even be offered cucumber sandwiches & a cup of tea – much more to my taste.