I’ve just borrowed two beautiful books from work & wanted to share them. Daphne Du Maurier at Home is by Hilary Macaskill. I’ve reviewed her book on Charles Dickens at Home here & this new book is in the same style. Daphne Du Maurier’s novels were very often inspired by places, most especially houses in Cornwall like Menabilly & Kilmarth. From her first home in Fowey (which you can see on the cover) to Menabilly, the house she coveted & was eventually able to lease, to Kilmarth, her last home, place was very important to her. Menabilly was famously the inspiration for Manderley in Rebecca. 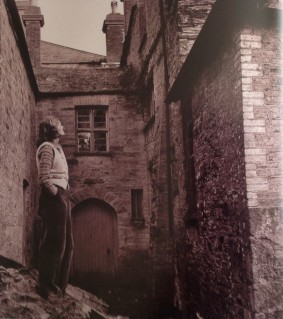 Menabilly also provided the inspiration for her historical novel The King’s General which was set during the English Civil War. In this picture, Daphne is looking up to where a bricked up room containing a skeleton was discovered in 1824. This incident was the spark that led to the novel. Daphne Du Maurier at Home  is a lavishly illustrated book describing all Du Maurier’s homes & the books she wrote while living in each of them. 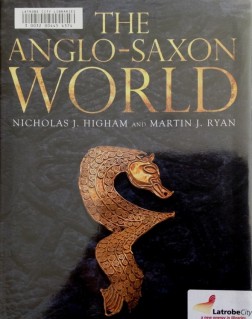 I’ve been immersed in the Anglo Saxons lately. I’ve been enjoying Michael Wood’s latest documentary series, Alfred the Great & the Anglo-Saxons, which led me back to Asser’s Life of the king & Justin Pollard’s more recent biography. This beautiful book by Nicholas J Higham & Martin J Ryan is perfect for anyone who’s interested in the Anglo Saxon world. I read a review in one of my archaeological magazines & thought I would borrow it before taking the plunge & buying it (I’ve been a bit reckless in my book buying recently. I’ll have to do a confessional post when all the loot turns up).

The book is a synthesis of information from historical & archaeological sources. As well as the narrative proper, there are sections called Sources and Issues with more in depth information about topics such as the Staffordshire Hoard (above) that was discovered in 2009, King Arthur, the Anglo Saxon cemetery at Spong Hill & the various settlements at York. 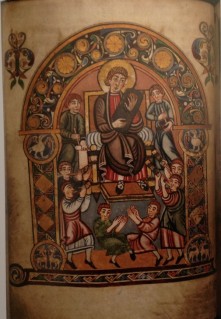 The illustrations are beautiful, from detailed maps & plans of archaeological sites to the great works of art, jewellery & manuscripts of the age such as the Vespasian Psalter above. I want to read it from cover to cover but it would also be an excellent introduction to the Anglo Saxons or a book to dip into on a specific topic. The authors acknowledge a long list of friends & colleagues who read & advised on different chapters as the book is obviously based on the work of many scholars past & present. I know I’m going to have to have my own copy, it’s just a matter of time.