My only problem with John Barlow’s books is that it takes him a year to write them but it only takes me three days to read them! I was looking forward to Father and Son, the second book in the John Ray series (after Hope Road, reviewed here) & it didn’t disappoint.

John Ray is called out very early one morning to a local bar owned by an old rival of his father’s, Lanny Bride. He finds the body of Roberto Swales, one of his father’s right hand men in the old days. Roberto was always around during John’s childhood & John is shocked by his death & by the brutal nature of it. Shot in his legs & arms to incapacitate him, Roberto has been tortured with a broken bottle before his death. In Hope Road John helped track down the killer of Lanny Bride’s daughter & now Lanny wants him to find Roberto’s killer.

John’s life is a mess. The white sheep of the Ray family, he went to Cambridge, became an accountant & moved to Spain. Unlike his brother, Joe, he didn’t follow in his father’s footsteps. Tony Ray was notorious in Leeds as a small time criminal involved in counterfeit goods & money. John never wanted to be involved in the family business which was neatly sheltered by the used car dealership Tony owned. John returned from Spain only to witness his brother’s murder & reluctantly take over the used car business from his father, now in a nursing home after a stroke. The events recounted in Hope Road led to the breakdown of John’s relationship with police officer Denise Denson. Den moved to Manchester & John’s life has been a blur of alcohol & depression ever since. Tony Ray Motors is being run by John’s step-cousin Connie, who owns half the business.

John’s search for Roberto’s killer becomes entwined with the story of a bombing in Leeds years earlier. Attributed but never claimed by the IRA, a bomb destroyed a supermarket. News coverage of the incident was dominated by footage of a young man staggering from the blast with the body of a baby in his arms. One of the men thought to be responsible for the bombing, Bernard Sheenan, has died & his last interview was with journalist Jeanette Cormac. Jeanette contacted John because she’s also interested in writing a biography of Tony Ray. On the morning of Roberto Swales’s murder, Jeanette had spent the night with John. When it emerges that Sheenan was murdered & in a similar fashion to Swales, John begins to wonder why these men were targeted & why they were tortured before their death in an obvious attempt to get information. The connection seems to be Jeanette’s investigations &, if so, could Tony Ray be somehow involved? John’s presence at Roberto’s murder scene & his relationship with Jeanette attract the attention of local detective Steve Baron & he has to find the killer before the police arrest him – or before he, or someone close to him, becomes the next victim. 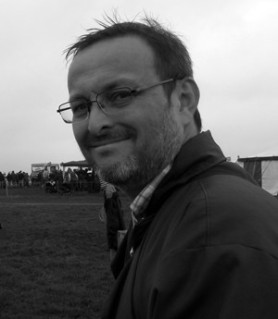 Father and Son is an edgy, fast-paced, breathless thriller. The action takes place over three days & I was reading as fast as my fingers could flick the pages. If work hadn’t been in the way, I’d have finished it in a day. This is the most hardboiled series I read so if you prefer the cosier type of mystery, I should warn you that there are some violent scenes & the descriptions of the murder victims are quite detailed (I skimmed these bits). The plot is complex with strands reaching back to John’s childhood & leads him to question how much he really knows about his father & his criminal activities. Denise Denson, visiting from Manchester, becomes involved in John’s investigations & has to walk a fine line between helping the man she still loves but isn’t sure she can trust, & not jeopardizing her career. Denise is a great character & I was glad to see her back in this book. She’s wary of becoming involved with him again but doesn’t want to see him dead. At the end of the book, John has reached another crossroads & I can’t wait to see where John Barlow takes him in the next book in the series. I just wish I didn’t have to wait a year to get hold of it.