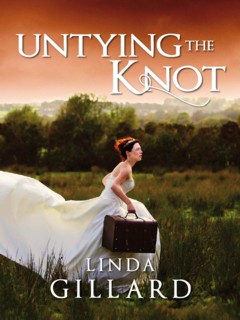 I understood Magnus. I loved him. But in the end, I just couldn’t live with him. A familiar story, you might think, but some friends and family saw things differently. Wives are meant to stand by their man – Army wives particularly. And I didn’t. I walked away. I walked away from a war hero.

It was a long, at times agonising walk. It wasn’t as if I was walking into the arms of a new love. I couldn’t even persuade my teenage daughter to come with me. I felt like the loneliest woman in the world. I think I was only able to do it because Magnus understood why I was going. That was possible the hardest part. The lack of recriminations.

But Magnus knew all about The Long Walk. And feeling like the loneliest man in the world.

What do you do when you love someone but can no longer live with them? That’s the dilemma facing Fay McGillivray when she leaves her husband, Magnus. Magnus has been a career soldier, working in bomb disposal. His postings have been to Northern Ireland, the Falklands, the Gulf. Fay lived with the tension of being an Army wife for years, wondering if she’d ever see Magnus again every time he went back on duty. Then, the call came that Fay had always dreaded, Magnus had been badly injured in a bomb blast in Derry. And it wasn’t just the physical scars, it was the mental torment that tore them apart. Magnus suffered from Post Traumatic Stress Disorder (PTSD). The flashbacks, the nightmares, the blank spots where he doesn’t remember where he is or what he’s done. 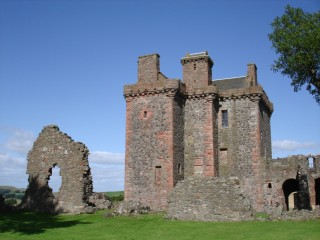 As part of Magnus’s recovery, he decides to buy Tullibardine Tower, a rundown ruin of a medieval tower house, & restore it. (The picture, courtesy of Linda, is of Balvaird, to give you an idea of what Tully would have looked like). Hard physical work & solitude begin to heal Magnus but they drive Fay to the edge. Two years in a caravan on a windswept building site is more than Fay can stand. Their daughter Emily stays with her father & Fay begins a new life.

Fay starts again. She begins working seriously as a textile artist & finds some success. Her relationship with Emily suffers but she has a warm friendship with Magnus’s mother, Jessie, a woman with secrets of her own. Her relationships with men are pretty disastrous because she compares them all to Magnus – & no one can compare. Magnus is still at Tully Tower, living with Nina, a young teacher who longs for a commitment from Magnus that he’s not able to give. When Magnus turns up at an exhibition of Fay’s work, she has to confront her feelings about him, their marriage & the reasons why she left.

Untying the Knot is a complex novel. Fay & Magnus are both damaged people. They suffer from guilt – Magnus because he’s still alive & because of the way his illness has impacted on his family. Fay because she left. She was there to look after Magnus & she couldn’t do it. She was so busy trying to be the buffer between Magnus & Emily, making Magnus feel secure & shield Emily from the worst of Magnus’s symptoms. In the process, she lost herself. But Fay & Magnus both discover that the physical & emotional knots that tie them together will take a lot of breaking.

This is a romantic novel in the sense that Fay & Magnus have a great love for each other & the reader wishes that they could find a way to be together. Their love is encapsulated in a letter Magnus wrote to Fay to be delivered in the event of his death. He kept it with him always as a talisman but didn’t have it with him on the day of the Derry explosion. He finally reads the letter to Fay in one of the most moving scenes of the novel & that’s the point where I thought there was a chance that they would be alright. But there’s more than romance in the book. It’s harrowing to read the descriptions of Magnus’s PTSD, the terror he suffers, the flashbacks. It’s also very funny. Poor Nina & her gorgon mother, pushing Magnus into an engagement that ends almost before it’s begun when the engagement party descends into violent farce & recriminations.

Linda has published Untying the Knot as an e-book for the Kindle. Her previous novel, House of Silence was published as an e-book in April & has been a great success, selling over 12 000 copies. Linda has written about her experience of e-publishing on this blog here & also on Dani’s blog, A Work in Progress. Dani has also reviewed Linda’s earlier books, Emotional Geology & Star Gazing which I’ve read & loved in my pre-blogging days. There are links to lots more reviews of Untying the Knot at Linda’s excellent webiste here. You can buy Untying the Knot for the Kindle at Amazon UK or Amazon US.