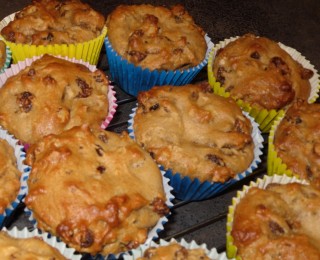 We’re on the downhill run to the end of financial year at work & we need regular sweet treats to keep us smiling under pressure. So, I’ve made fruit & nut cupcakes for morning tea. 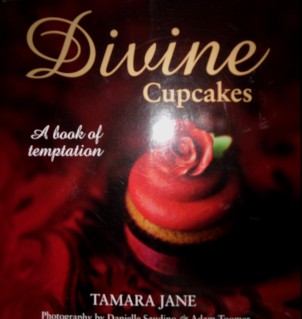 These are from the Divine Cupcakes book by Tamara Jane. The recipe called for chopped dates but I substituted sultanas because I didn’t have dates & if I had, I didn’t have time to stand around chopping them. One of the most tedious jobs in the kitchen, even with the help of a wet knife. I also chose a recipe that didn’t need icing or frosting as I was out all morning yesterday & wanted an easy recipe, which these were.

I’ve been very impressed with this book. All the recipes I’ve tried so far have worked perfectly. If the recipe says it makes 24 cupcakes, it does. The cupcakes bake flat so they’re easy to ice & there are lots of different icings & frostings to try, as well as gluten & dairy free recipes. I’ll be dipping in again before the end of June.